The annual membership meeting and brunch were held on Wednesday, August 21 at the Genetti Hotel in Williamsport.  Andy Strasberg was the keynote speaker at the brunch, and he told a very interesting story of his time following Roger Maris with the New York Yankees.  In the photo are (front row) Chuck Stimson, Ralph Gough, and Mark McGill; (second row) Marty Ort, Andy Strasberg, Steve Fensch, and Rick Dottellis. 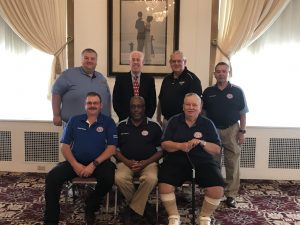 There were a number of prize raffles, including two pin boards and coin sets all donated by DPH Pins.  The pin boards were won by Sue McBride and Mark Parrish. Tickets for the pin board raffles were sold at the Genetti Hotel by the ladies auxiliary members. The coin sets and pin sets were won by Von Stephens, Rick Compton, Dave Diaz, Matt Bingaman, and Mark McGill. Raffle tickets for the coin and pin sets were given out to attendees of the brunch.

Photos below include the two pin boards, two of the coin sets, and one of the pin sets donated by DPH.  We thank them for their support of the association. 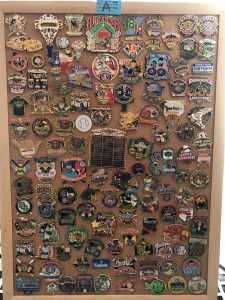 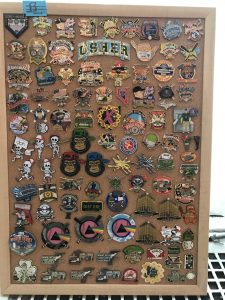 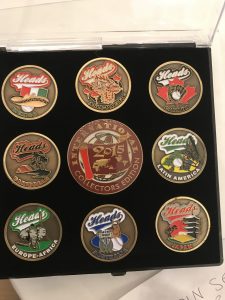 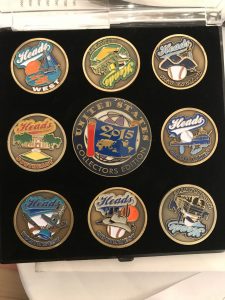 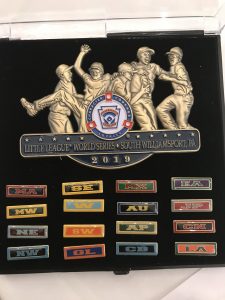